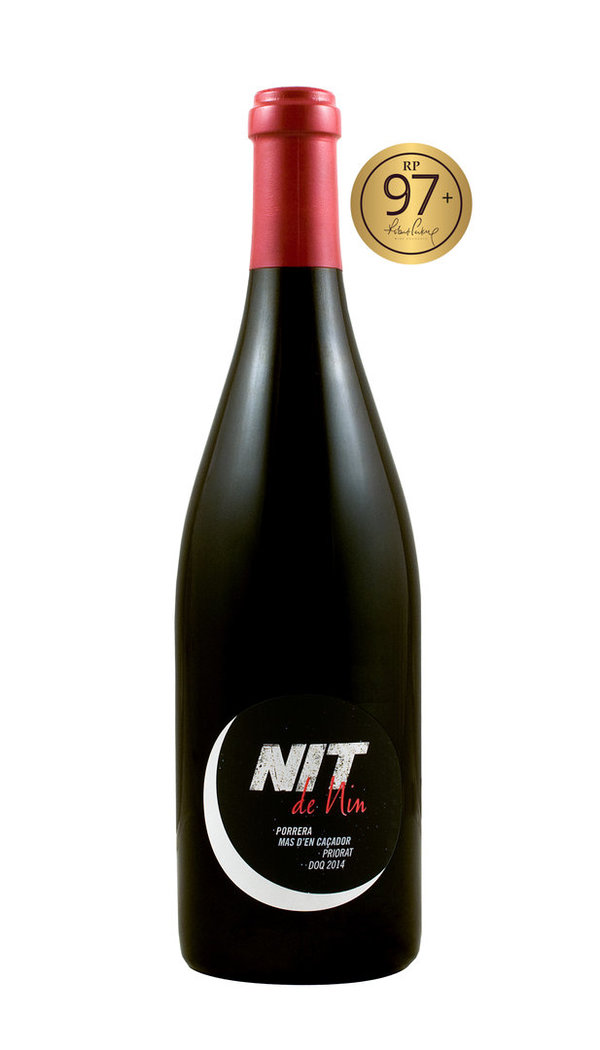 "The 2014 Nit de Nin was also ready for tasting. It's approximately 60% Garnacha Peluda and 40% Cariñena from a centenary vineyard (Mas d'en Caçador) in Porrera. The full clusters fermented with natural yeasts and the wine matured in 3,200-liter French oak foudres. At this point in time, there is a slight reduction that made me think of a full-cluster fermented Cornas, a mixture of meaty and floral aromas, something that I find really attractive. The palate shows great precision, with character and elegance, ultra sleek tannins and gobsmacking balance. Since 2010, 100% full clusters are used for the fermentation, but it's not a formula. If one year they do not like the stems, they will take them away. This is a lovely example of Porrera, showing the elegant rusticity the best wines from there are capable of. I never thought I'd like this even better than the 2013. 3,849 bottles and some large formats were filled in April 2016." - Wine Advocate